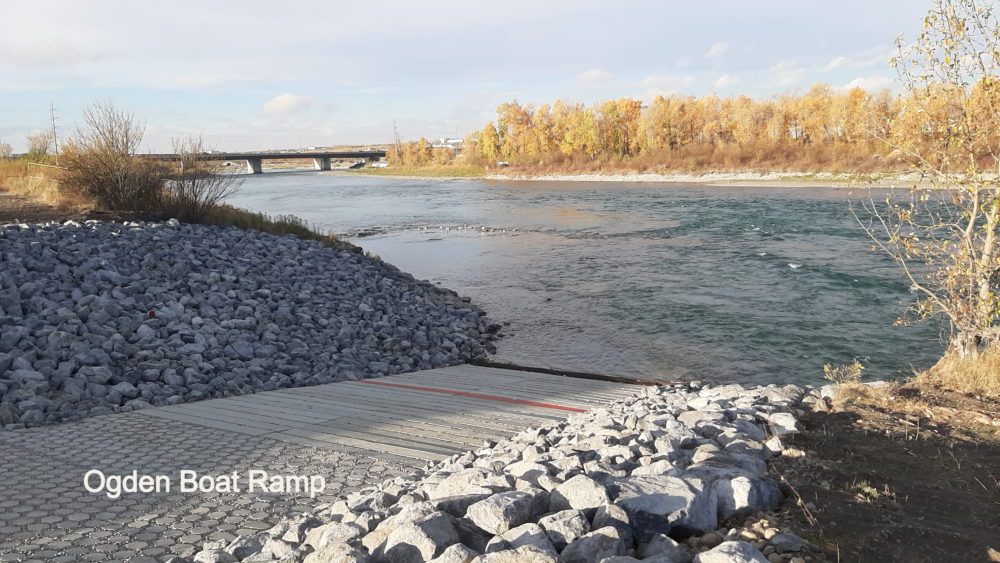 This winter’s cold weather spell appears to have broken that makes for thoughts of river activities once again. CRUA has been active on a variety of important initiatives over the winter months that will enhance recreational river use in the coming years. The focus of this newsletter is to update existing river user initiatives and address water and fishery management policy within the Bow River Basin. 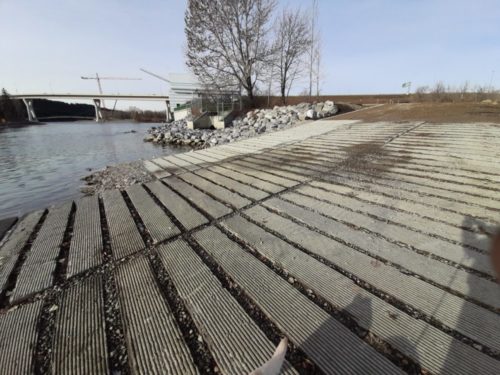 The River Access Strategy (RAS) was passed by City Council in February 2017 with a $7.6 million commitment to develop new river access sites along the Bow and Elbow Rivers over five years. The Priority 1 Development Plan will see improved public access at West Baker Park in north-west quadrant of the city opened to the public in the spring of 2020. A new Emergency Services boat ramp has been installed upstream of the water pump house and the existing ramp has been expanded to allow for both hand and trailered boat access.

Plans call for a start of construction on a new designated river access site at Ogden Bridge this summer with completion expected in the fall of 2020. The addition of trailered boat access at Shouldice Park and St. Patrick’s Island in 2019 will now make it possible for all river users to float the entire City reach of the Bow River. 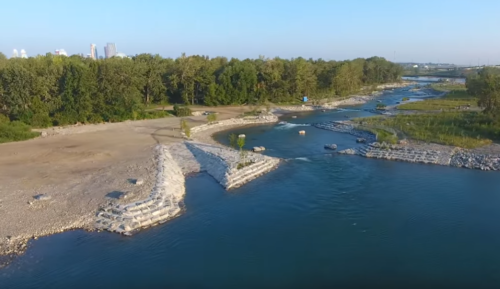 Since the facility was reopened to the public in 2018 we have seen a steady increase in its use. Parking in Pearce Estates Park and adjacent streets is starting to become an issue for user groups as well as residents. CRUA has been working with the City and local agencies to find solutions for designated parking assignments and changing rooms for the whitewater park and vehicle access to the boat ramp.

The Low Water Chanel is set to open in early April, once the river is ice free. Once open, it will quickly fill up with youth, slalom athletes and recreational paddlers, aiming to get a jump on the season’s activities.

Alberta Environment & Parks approved the Bow River Access Plan (BRAP) in February 2019 with a commitment to upgrade road access to McKinnon’s Flats in 2020 and the addition of a boat ramp in the new south-east community of Ricardo Ranch in the future. The budgetary status of these developments changed with the new provincial government, but there is still optimism that these river access improvements will take place.

A series of public information sessions were conducted in September and October 2019 where participants were asked to give feedback on the dam proposals. It appears that the scope of the working group was limited to enhancement of water management containment. A revisit to the scope of the original objectives of the working group is needed to better protect the environment and the fishery. 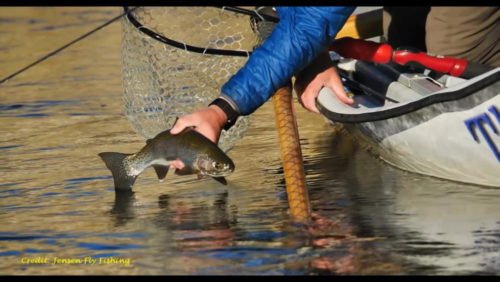 The Alberta recreational trout fishery has come under pressure in recent years with reports of declining trout populations across the foothills rivers and streams. In 2018, a retrospective data analysis of the Bow River rainbow trout population reported a decline of 40 – 50% over a 10-year period of 2003 to 2013. Although the cause/effect for the decline was not determined, it was suggested that angling effort could well be the major contributor to the decline. Alberta Environment & Parks followed this report with a detailed Bow River fish population survey in 2018 and again in 2019 that indicate fish populations continued to decline until the present day. This suggests the Bow River trout fishery is under serious threats and needs a change in management policy to recover the trout population. The recent report, The Alberta Trout Fishery – A Vision for the Future details the economic importance of sports fishing activities and offers possible fishery management solutions to the declining fish population. Although the Bow River will never return to abundance of fish seen 25 years ago, a quality self-sustaining population of rainbow and brown trout is possible.

Calgary River Users’ Alliance is a broad-based organization from within Calgary’s paddle and fishing community. We strive to represent all interests to enhanse outdoor recreational river pursuits within the Bow River Basin