The Bow River and its tributaries have a wide range of flows throughout the year. Peak flows are reached during late June and July following snow melt in the mountains and taper off until the fall. But since the 2013 flood that devastated Calgary an agreement has been put in place to reduce the impact of spring runoff  on the city in the event of extreme flood projections 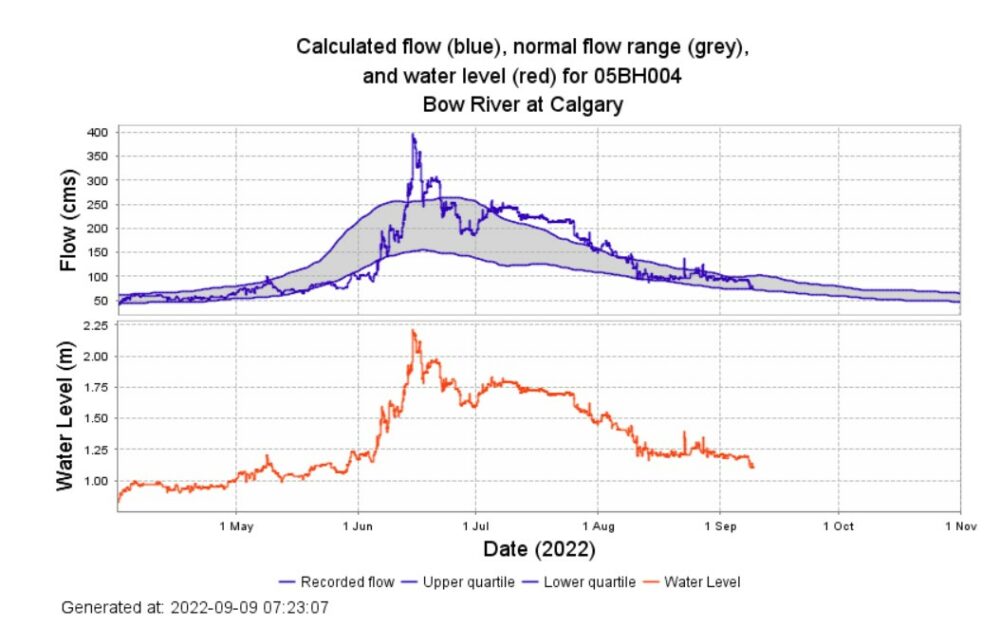 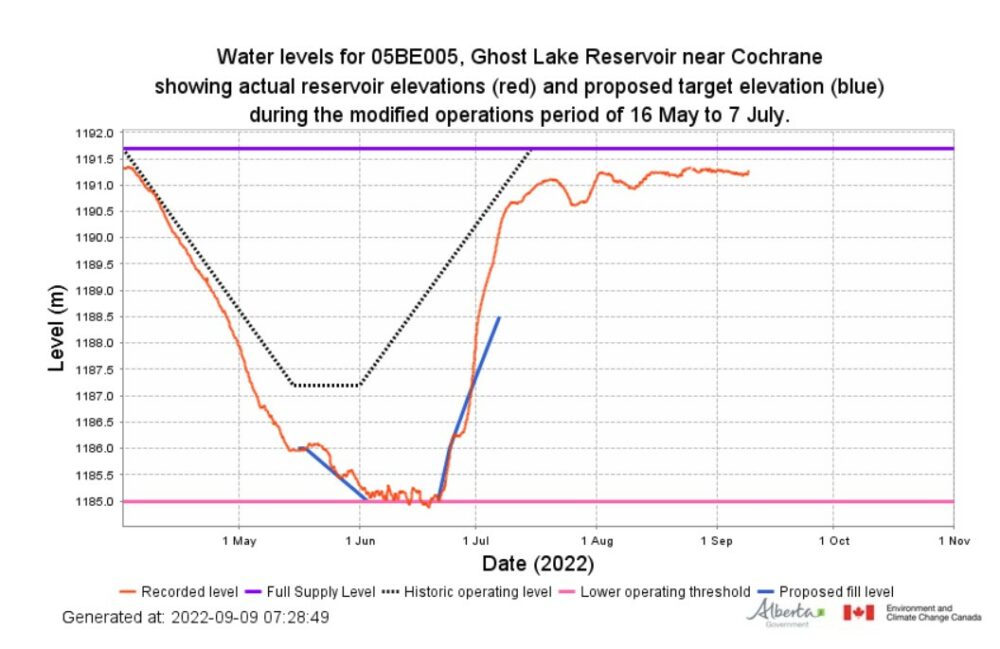 Each year the Ghost Reservoir and other reservoirs upstream are reduced to minimal operational capacity in advance of spring snow melt to catch increased flows that may have the potential to flood Calgary. By the middle of July reservoir storage will have been restored to historical levels to support minimum flow requirements for the remainder of the year and over the winter months.

Daily, from April to October TransAlta forecasts the Bow River Ghost and Bearspaw Reservoirs Discharge Flows . CRUA post these flow projections on Monday, Wednesday and Friday each week during the summer months and on Friday in September and October.