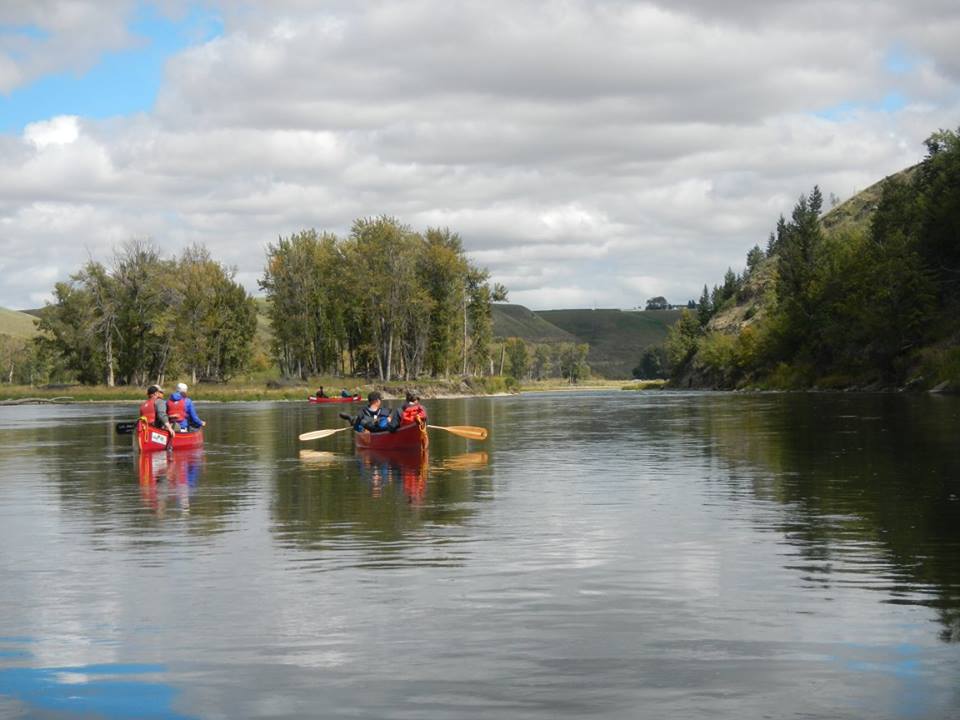 Calgary River Users’ Alliance (CRUA) has used Canadian and Alberta statistical data to calculate what local river users  contribute to the local economy. The summary of the analysis:

When the fishing and paddle data was combined it was estimated that the recreational river users contribute more than $50 million annually to the local economy.

The importance of this staggering amount was recognized by Calgary City Council in 2017 when Calgary’s River Access Strategy (CRAS) was approved with a $7.6 million commitment to new and improved river access sites within the city. This commitment also kick-started the development of the Government of Alberta, Bow River Access Plan (BRAP) that was approved in February 2019 with a $2 million budget to improve river access sites downstream of Calgary.

Unfortunately delays with implementation of both CRAS and BRAP have become apparent in recent months. Have elected officials lost interest in recreational activities of their citizens? Probably not, but there is a need for support of previous commitments made to river access infrastructure improvements before moving onto the glamour of local sports arenas  and large business interests.

The Economic Importance of the Bow River Recreational Use

A $50 Million Annual Contribution to the Local Economy

In the summer of 2016 Calgary City Council passed a motion to investigate the needs for improved river access within the City of Calgary. In support of this motion Calgary River Users Alliance (CRUA) prepared a report, “The Economic Importance of Recreational River Use to the City of Calgary” (1) which detailed the economic contribution that the fishing and paddling community made to local economy. A further report, “The Need for a River Recreation Management Plan” (2) was also prepared that detailed the current trends in recreational use and for a Bow River Basin initiative to support an ever-increasing use of the Bow River and its adjacent amenities.

Data was taken from Alberta Government reports and various publications in the preparation of CRUA’s document submission to the final passing of the Calgary River Access Strategy (3) in February 2017. The same data was also presented to Albert Environment & Parks (AEP) in support of the Bow River Access Plan (4) that was released to the public in February 2019.

The fishing economics was taken from the AEP’s Sports Fishing in Alberta, 2010 Survey (5)  reported 335,848 active anglers in Alberta, of which 56,519 (23.5%) of those lived in the Eastern Slopes Zone 1(ES1) that encompasses Calgary and the south-west portion of the province. CRUA summary of the data follows:

The data analysis indicates that in excess of 12,000 anglers fish the Bow River an average of 14.8 days a year. This accounts for more than 177,600 fishing days per year and contributes more than $25 million annually to the local economy.

In addition, the 2010 Survey reported that the Alberta Eastern Slopes Zone supports 56,519 anglers, each spending  an average of $2,018 /year to support their recreational activity, for a total $114 million annually. A considerable amount of this money will be spent in Calgary as the pinnacle for the southern Alberta fishing industry.

The 2013 Alberta Recreation Survey (6), conducted by Alberta Culture & Tourism reported 35.2 % of Alberta respondents participated in water sports. Canoeing at 10.9%, Kayaking at 8.1% and River Rafting at 4.7%. There is a wide range of expenditure in the sport depending at level of competition. For example, local canoe and kayak higher performance athletes do spend in the range of $10,000 to $20,000 / year. For the purpose this data set, an estimate of $500 per year was applied to canoe and kayak recreational use and $280 /year for recreational river rafting, for and annual expenditure of $25 million.

The CRUA report went on to say:

When the fishing and paddle data was combined it was estimated that the recreational river users contribute more than $50 million annually to the local economy.

Although there was a projected increase in recreational river use of 3% annually and a corresponding increase in the annual financial contribution to the local economy that would represent $56 million in 2019(7). several important changes have taken place in recent years:

The financial projections are based on the AEP analysis of the Department of Fisheries & Oceans data base from 2010. Unfortunately, the Alberta component of the 2015 Survey of Recreational Fishing in Canada is not available, but data that is available in the national report indicates a substantial increase in registered anglers was recorded in Alberta between 2010 and 2015. This would suggest the financial forecasts could be conservative.

The fishing community has seen Whirling Disease present in the Bow River drainage and a 2018 report that indicated the Rainbow Trout population has dropped by as much as 50% over a 10-year period of 2003 – 2013. AEP (8) conducted a fish population survey of the lower Bow River in 2018 that appears to have supported the 2018 report and indicates all sports fish in the surveyed section of the Bow River continue to decline. AEP has also indicated that angling success from the 2018 Creel Survey on the lower Bow River appears to be similar to that reported in 2005(9). This information would suggest that there is need for concern and what impact an ever-increasing fishing pressure will have on the sustainability of the sports fishery. Could the attraction of the Bow River as one of North America’s Blue-Ribbon fisheries start to diminish with a corresponding decrease in in revenue to Calgary businesses?

For the paddle community the redevelopment of Harvie Passage has increased paddle activities on the Bow River. Harvie Passage has become a destination whitewater park for Calgary residents and when combined with the more advanced canoe and kayak use, it has increased the popularity of river recreation activities. New and improved river access sites are being built as a part of the Calgary River Access Strategy that will further enhance public access to Calgary’s rivers. The paddle community needs improved vehicle access and a boat house at Harvie Passage, but the current economic climate within the City of Calgary will dampen commitments to further developments.

At the provincial level the recent election appears to have changed the GOA support for environmental and recreational commitments from that under the previous government. A $2 million commitment to the Bow River Access Plan to make improvements to McKinnon’s Flat has been postponed with no decision as to when it will take place. Other projects could well be delayed or eliminated in the future. This would suggest that increased advocacy should be considered on the part of the river user community to secure adequate financial resources to meet river recreation needs.

An in-depth economic assessment of the Bow River Basin recreation needs and the contribution to the local economy is paramount to achieving much needed financial resources to enhance infrastructure and develop strategies to protect a very valuable recreational resource and economic driver to the local business community.